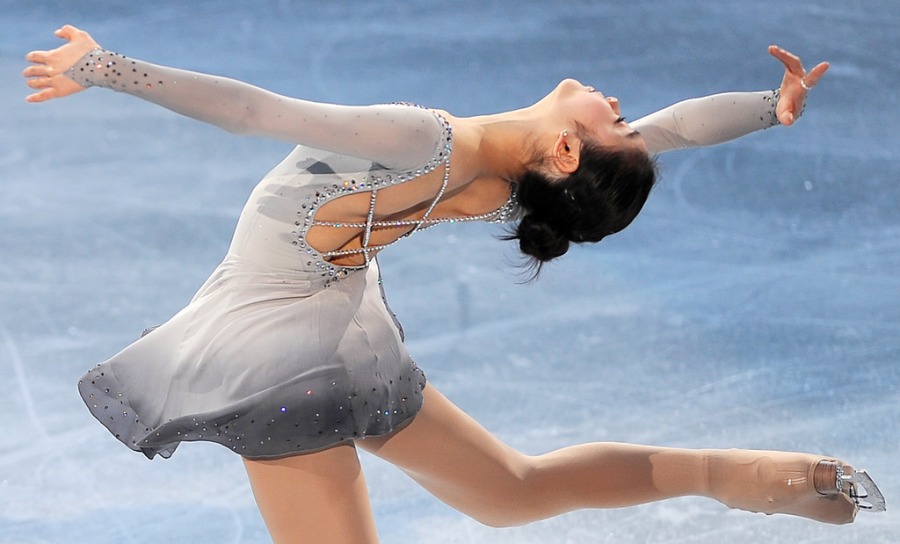 I’m an Olympics fanatic.  I watch ALL the coverage of ALL the events.

For about 20 days every two years, watching the Olympics becomes my part-time job.

I marvel at the various outfits, the hometowns of the athletes, the subtle skills necessary to participate in each sport.  I consider how I feel when they tell me the snowboarders were born in the year 2000.  I feel wistful as athletes my age have finally become “too old to compete”.

And the question I find myself asking again and again – how many of us could have become world-class athletes had we only been connected with the right sport early enough?

Some sports lend themselves easily to transfer – gymnasts and diving, ski and snowboard events, rollerblading and speed skating, all forms of biking and running, respectively.  Some sports have high visibility and others you don’t hear a word from until you watch the obscure Olympic coverage at 2am.

There’s little opportunity to jump in and “try-out” the luge (unless you build a track in your backyard like one of the American competitor’s Dad did), or short track speed skating or ski jumping for most of us.

So, how much Olympic success is due to pure athletic prowess (a lot, admittedly) and how much is due to randomness – things like how close you live to a training facility, the right person at the right moment suggesting a kid try something new, the cost of participating in youth events?

Michael Phelps’ mother put him in the pool to get his crazy energy under control.

I’ve tried putting my own crazy energy kid in the pool and he nearly drowns himself (still waiting on those gold medal swims).

My daughter’s been doing gymnastics since she was a toddler but I’m skeptical she’ll be the next Simone Biles.

I recognize that participating in sports has incredible value outside the possibility of Olympic success.  I realize that success in sports is a money-driven operation on multiple levels.

But a lot of it is crazy-weird luck.

For example, Chloe Kim’s family lived something like 5.5 hours away from the place she started training for snowboarding.

Chloe Kim is a freaking AH-MAZING snowboarder.  She crushed the competition.

But how did she get her parents to commit to all those 5.5-hour one-way trips?  How were they able to make that work?  Why were they willing to commit to that crazy commute?  How far should one go to pursue something that might not even pan out?

The other issue with Olympic athletics is that most these athletes are, let’s face it, pretty much kids.  They’re the same age as (and in some instances, the same kids) who are sitting in my classes.  Which means, in order to be at the peak of their athletic abilities at college-age, they had to have started X sport when they were kids.

Every other week my kids hate their one activity they do or they love it and can’t wait to go.  I’m constantly asking myself, how do I actually know what they want?  What they are interested in committing to?  How can I know my limits to what I can commit to?

Am I one of those stage mom’s forcing them to participate in something they are totally over or am holding them to their commitments?  Is my money well-spent or could I use it for something else?

All these musings come back to one thing – the specialness of the Olympics is truly unique and powerful.  The skill, the ability, the talent, the randomness, the dedication and sacrifices of the athletes and everyone they know they love – it’s all tremendous and beautiful.

I’m watching every moment, even if I’m currently 7 days behind on my coverage.  I’ll get it all in eventually.  And hopefully, it will tide me over till 2020 when we do it all again.

Through the looking glass

Sometimes you come across an idea/process/presentation and it is Ah.Mazing. Today for me, that presentation was given by Dr. Clifton Franklund from Ferris State University at the 2018 IUPUI Assessment Institute. Amidst what sounds like a discouraging and chaotic situation on campus, Dr. Franklund has developed a beautiful, intuitive and actually useful method of collecting, […]